“The next thing I knew I got up one morning, brushed my teeth, and I could hear BBC News. My name came up. So I rushed through into the front room and there’s my backside on the Houses of Parliament naked. And then the phone starts ringing. So then I realised, I’m in trouble here. Bad.”

The Stuart Semple Show art podcast is back with another intimate hour of conversation. In this episode, Stuart speaks to ex-model and television personality Gail Porter.

Hot on the heels of her wildly successful tell-all documentary Being Gail Porter, this episode delves into Gail’s life behind the camera. Stuart steers the conversation towards that famous Parliament stunt, meeting Davie Bowie, and the brewing feeling of discontent in the 90s.

The Stuart Semple show encourages listeners to stretch the bounds of self-expression. Gail talks about the underground rave scene in the 90s and how it helped her break away from the mundanity of everyday life.

“I’ve totally had imposter syndrome. I’m not talented at anything. I’m just good at smiling and talking.” – Gail Porter – 04:24

“In 88 and 89 it felt like we had a very oppressive government and we were at an important point. People came together for the first time around music. And yes, there was a drug element. But it seemed like it was more than that, and it was a genuine kind of cultural moment.” – Stuart Semple – 08:36

“The next thing I knew I got up one morning, brushed my teeth, and I could hear BBC News. My name came up. So I rushed through into the front room and there’s my backside on the Houses of Parliament naked. And then the phone starts ringing. So then I realised, I’m in trouble here. Bad.” – Gail Porter –  25:25

“People who create stuff have some responsibility to put empowering positive things out into the world. I think we all have that choice. ” – Stuart Semple – 28:10

“It wasn’t my intention to work all these years starting in B&Q when I was 16 years old and going to college and to study and work, work, work, work, and then for one minute, somebody goes behind my back and projects my arse.  ” – Gail Porter – 39:08

“It came up on Twitter saying the nominations for Scottish BAFTAs are up. And there was my name again. I was like, shut the front door.” – Gail Porter – 44:35

“I think I have got this inner fighter somewhere that doesn’t want to give up. There were times that I was really bad. I don’t want to make it really miserable. I have lost friends to suicide, and it has crossed my mind at some points in my life. But then I remember its effect.” – Gail Porter – 51:57 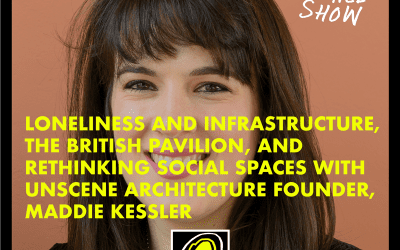 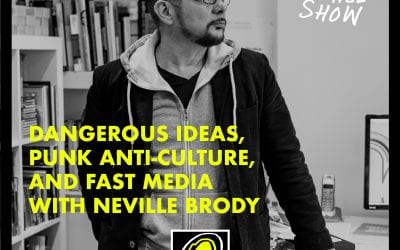 This episode is a true treat for the typographists. Famed designer Neville Brody joins host Stuart Semple to talk about The Face magazine, his Riot collaboration with Supreme, and his humble beginnings. 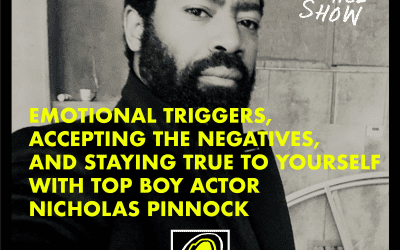 In episode #5 of The Stuart Semple Show, host and artist Stuart Semple dives into the world of acting with Top Boy and For Life star Nicholas Pinnock.

Nothing is out of bounds in this intimate hour. Nicholas and Stuart talk about the subconscious and conscious brain on stage, emotional triggers that unlock creativity, and the hard road to recovery after a traumatic breakdown.