Yesterday we did Something Amazing – here’s the video & photos

Yesterday was the day that we shared a project I’ve been working on for quite a while. Here’s a film of what we got up to:

‘Share Something Amazing’ was a public art project across 6 cities in the UK: London, Chelmsford, Oxford, Southampton, Glasgow and Nottingham.

I created a series of large balloon sculptures and some limited edition screenprints on balloons.

The aim of the project was to raise awareness around the desperate lack of female egg donors in the UK. As such, the project was commissioned by The Fertility Partnership. I didn’t realize how few women knew that sharing their eggs was an option and that some are waiting for up to two years for a donor. Hopefully the project got some people talking about egg donation and female infertility, who knows maybe someone somewhere will take the ultimate altruistic act and give one of their eggs to a stranger.

Here are some photos from the various cities on the day. I must confess most are pulled from Instagram, so if one of these photos are yours, let me know and I’ll give you a credit. There were some really beautiful photos so I wanted to share them here. 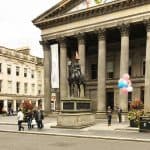 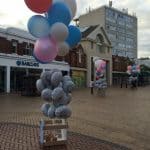 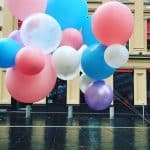 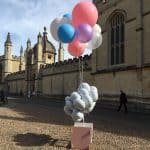 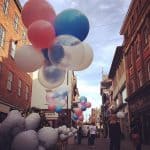 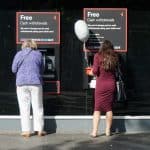 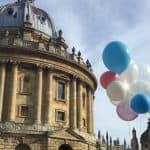 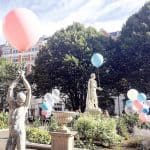 If you’re interested in finding out a little bit more about actually becoming an egg donor then please take a look at:

CREDITS : I’d like to take a minute just to thank everyone that made the project such a success. All of you that came down and got involved. Quite unlike the music or film industries for example, normally when an artist does something like this all the people who helped remain hidden. That’s a convention I don’t like so I’d like to thank, in no particular order… Scarlett and her family for driving all over the place getting balloons and helping me set up Golden Square on no sleep. Steve the van driver. Alec for screen-printing the balloons so meticulously. The Syrup Room boys, Josh and Jamie for everything they did to help particularly designing such gorgeous wooden bases and lending us their space to film in. Gary for his tireless woodworking through the bank holiday. Mike from Bournemouth Balloons who taught us the secrets of the ballooning world. Lydia and Amanda in Glasgow who pulled off the seemingly impossible to make sure there were balloons at sunrise outside GOMA. Mutley at SW3G in Glasgow for letting us commander his space to make in. Michelle Rumney for taking lovely photos for us. Rosie Hallam for getting up at the crack of dawn to take spectacular photos of Golden Square. Sian and Louis for all their help. The Doo for being the Doo. The guys at Langland: Claire, Morley, Andrew. Sarah and the awesome Mark Evans -- long time collector since the old days and the person who had the idea to do this in the first place. Liz from BalloonsAround for making Nottingham. The lovely Laura Slater and her team at BubbleGum Balloons for making Oxford so pretty! Debbie from WOW Balloons for rocking Chelmsford. And Emily for not giving up!